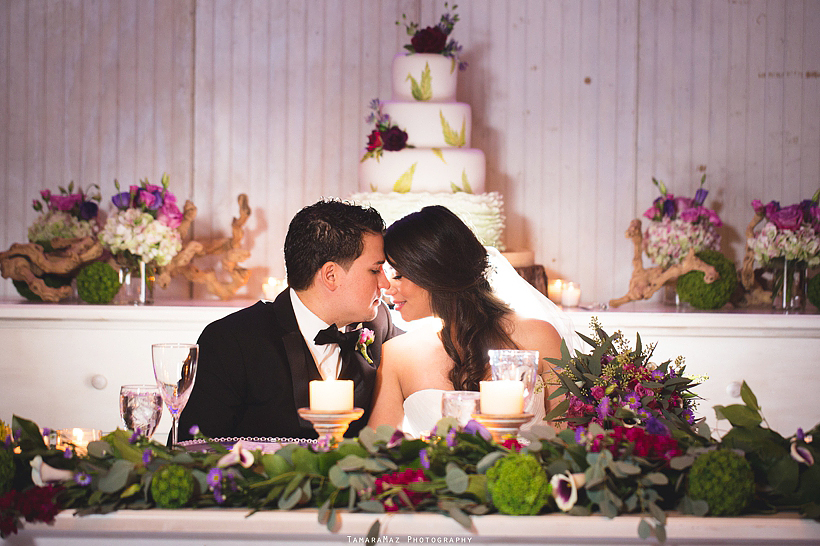 Some weddings are laid back, others traditional…K&R’s wedding day had it all! The day began with a very tranquil bride and groom, enjoying their time while getting ready. They said their I-do’s in a traditional catholic ceremony, and after a short portrait session at Palmas del Mar — the party began! On the wedding entrance, the bridal party gathered around the newlyweds while cheering and dancing. The bride and groom had their traditional toast, and also dedicated a lovely speech, welcoming their guests. Another emotive moment followed, as Karola and Richard had their first dance accompanied by Fiel a La Vega’s Tito Auger in acoustic, ending with a father-daughter and mother-son dance. Once the dinner was served, everybody was at ‘El Chinchorro’, Karola & Richard’s cool Puerto Rican moonshine bar. As stilt dancers joined in, different music ensembles had everybody on their feet all night long. Karola & Richard only stopped to get drinks and selfies with their loved ones — the dance floor never emptied! 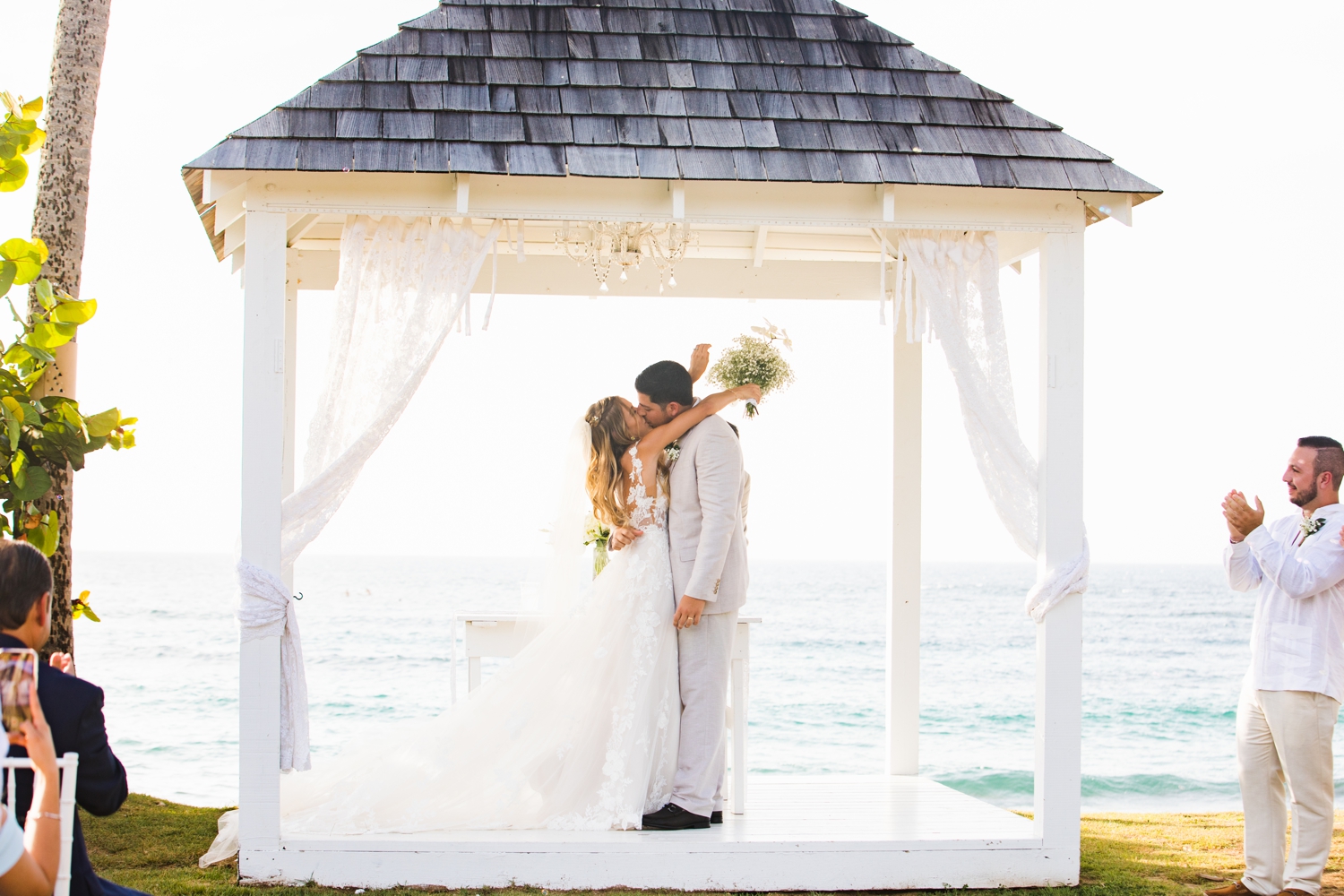 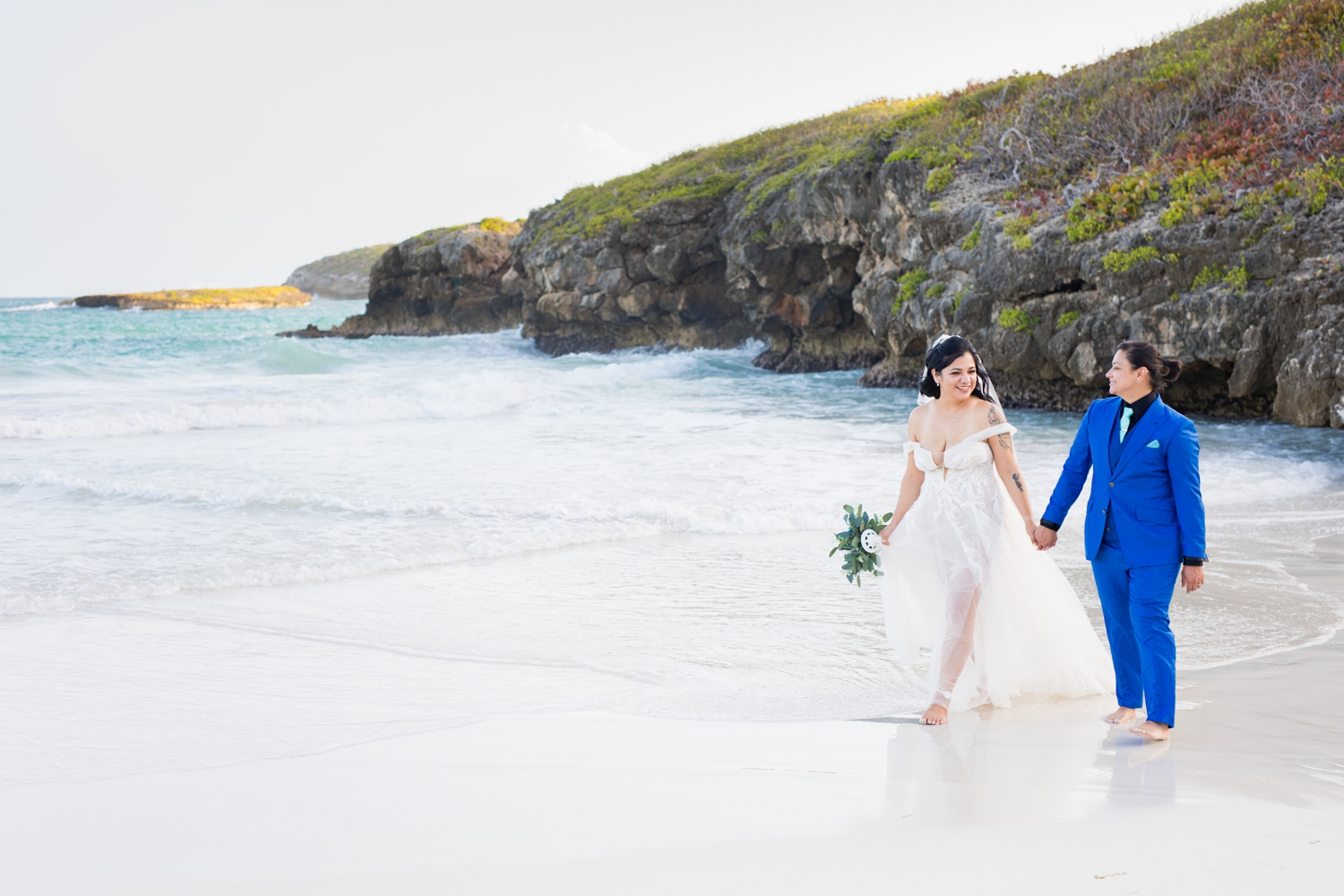 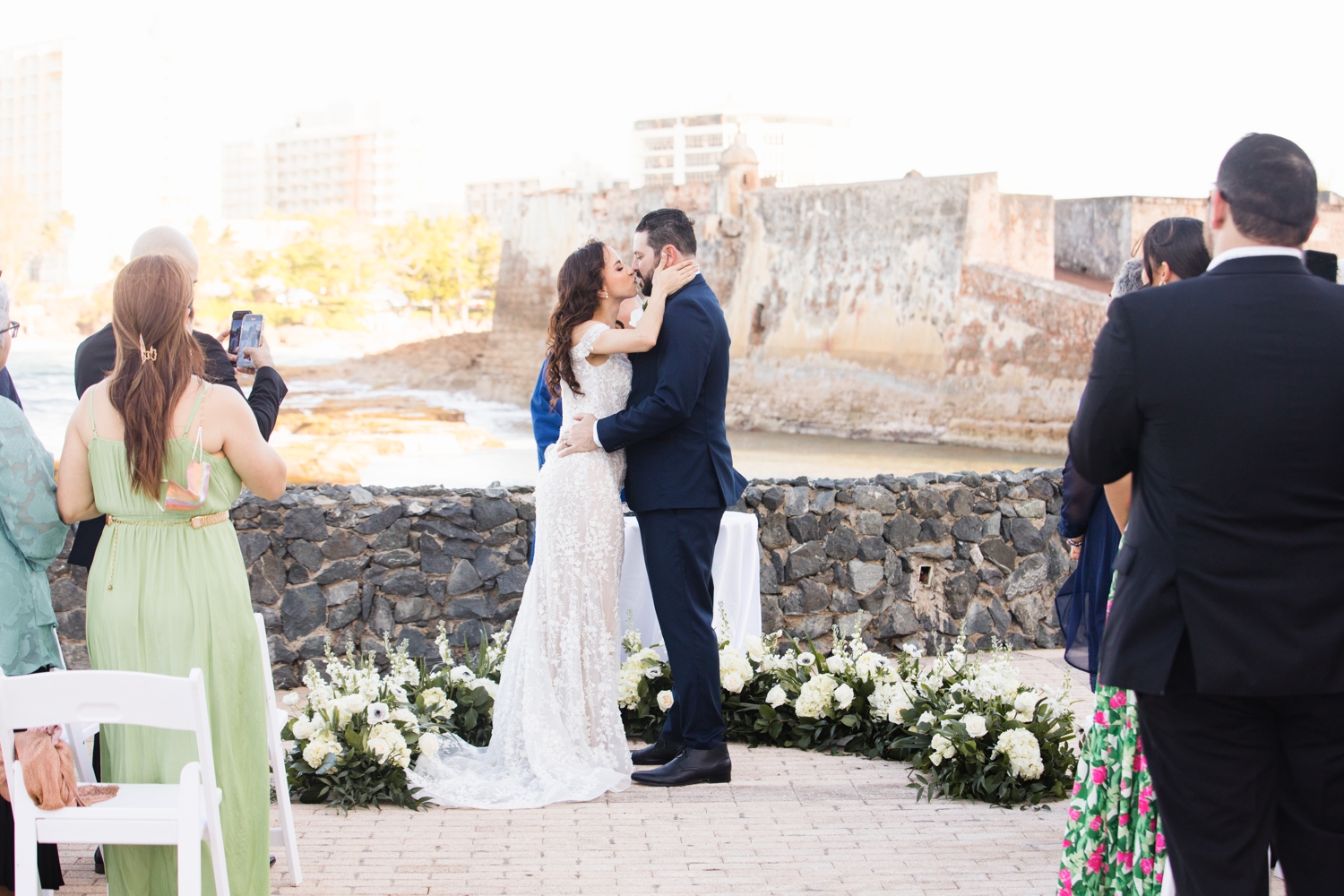