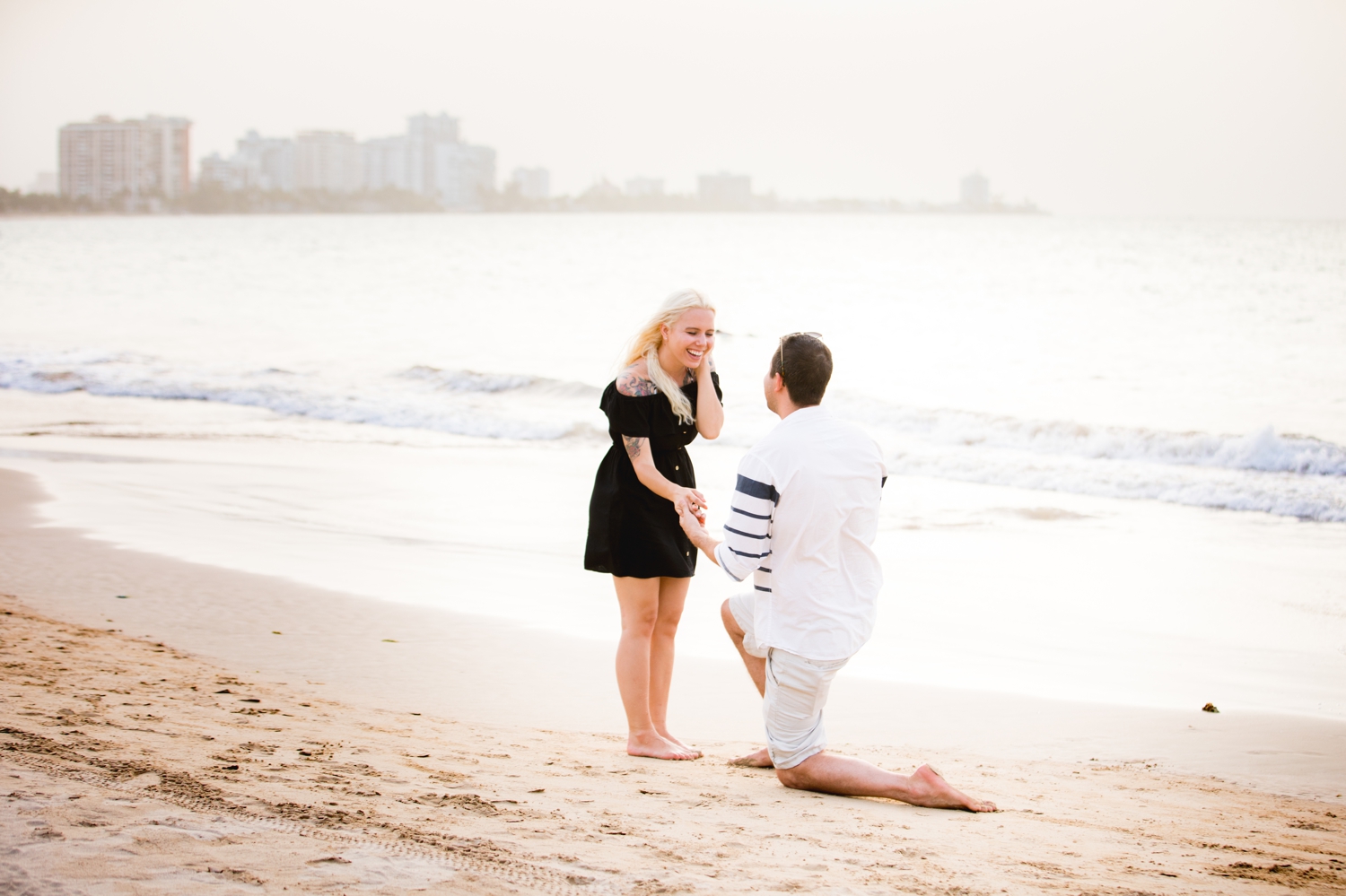 This surprise proposal was a surprise for me. I was in the middle of cooking when I received an e-mail asking if I was available a few hours later. Dave, the future groom, was nervous so we decided on a cue: the hotel’s sunset dance. Keeping marriage proposals a surprise can be tricky! To make things easier, one of my techniques is to blend in with a friend. When we got to El San Juan Hotel in Isla Verde we got some piña coladas while we waited for the couple, undercover-style. We were under a massive Sahara Dust cloud that day, but the proposal was beautiful. Both Katie & Dave’s faces were glowing! I enjoyed capturing their free spirited personalities as they simply had fun at the Isla Verde beach. The hotel bought them glasses of champagne and sparklers which was a nice touch. Right by the end of our time together they fell into the water, an epic ending for their proposal photos in Puerto Rico! 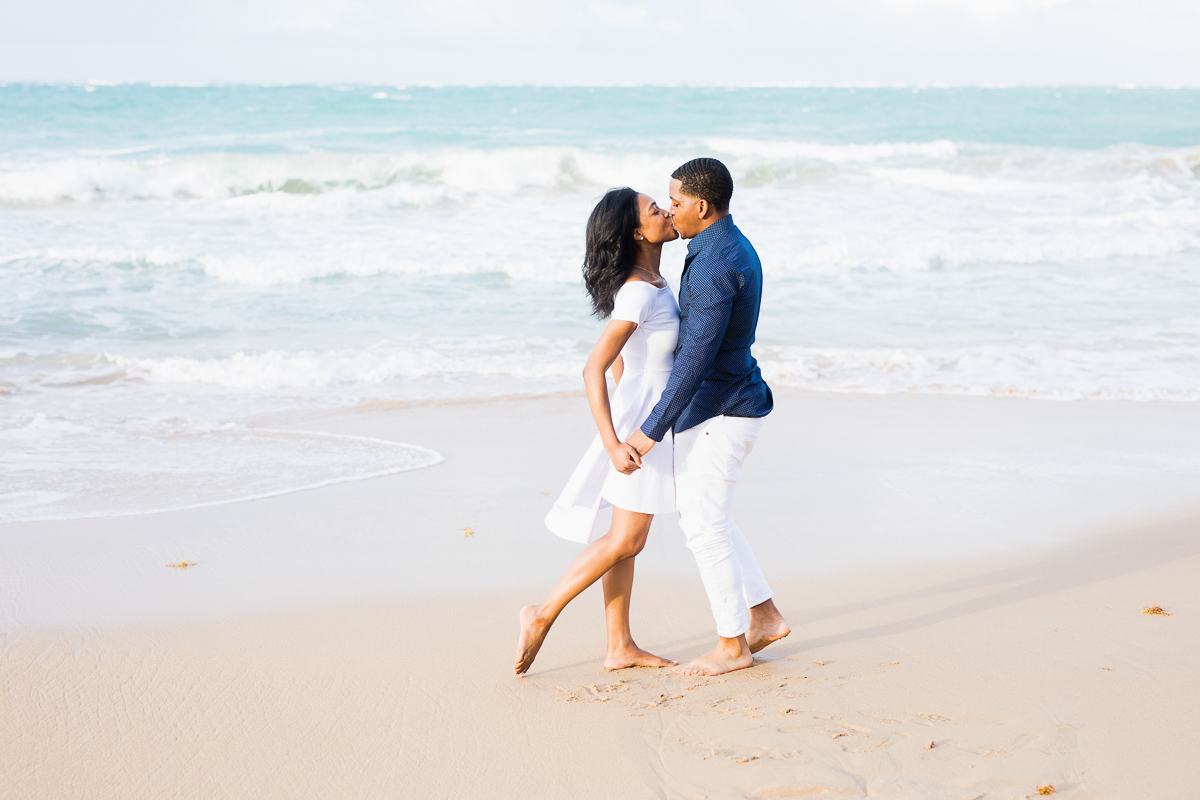 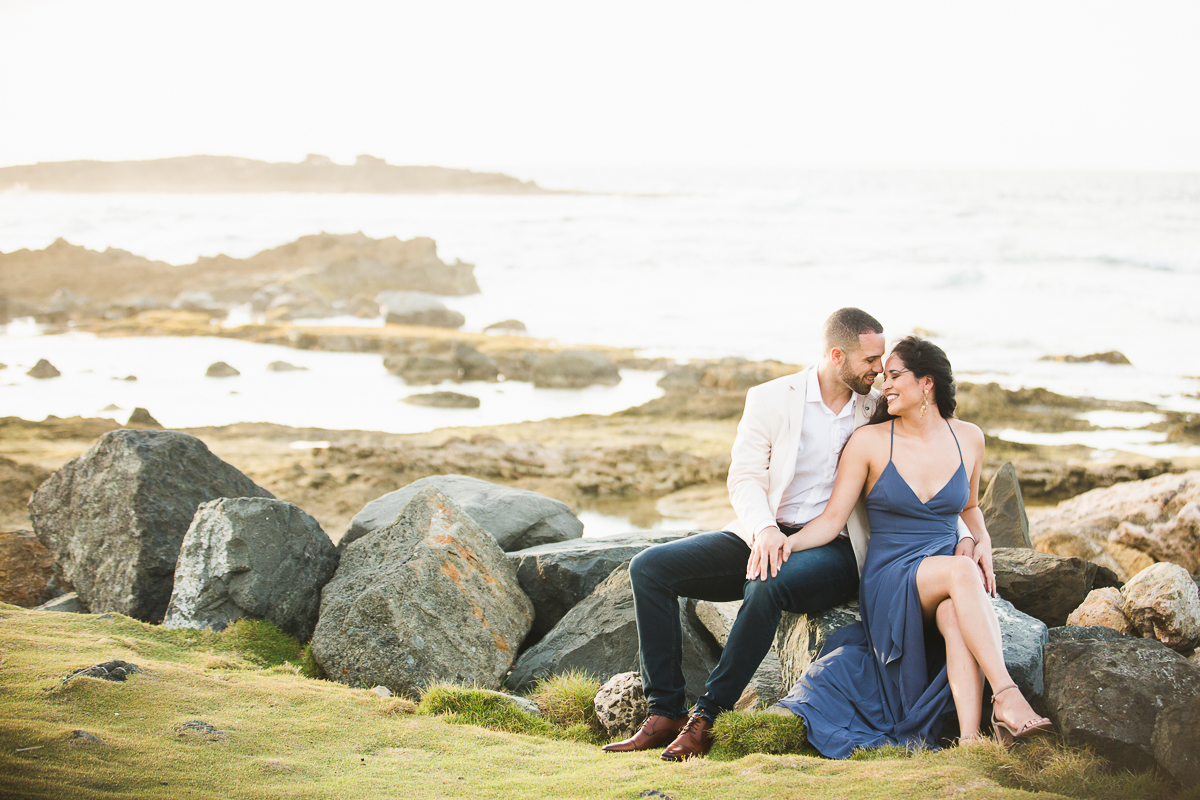