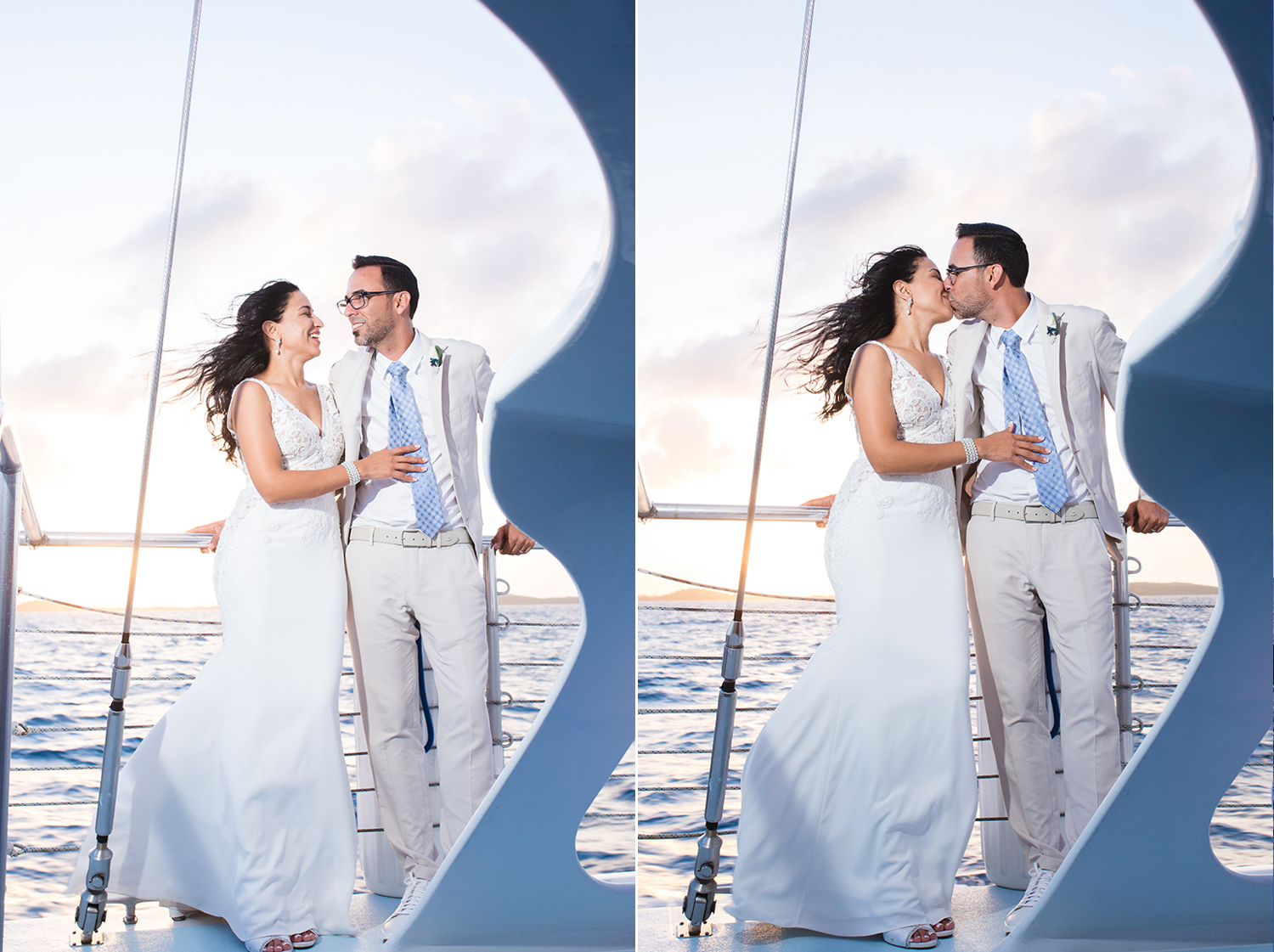 Vanessa and Eric had been together for years but hadn’t had their wedding celebration yet. They knew they wanted something intimate and unique. V&E decided to do a First Look at Castillo San Cristobal, an hour before their ceremony overlooking the ocean. They were both beaming when they saw each other, constantly admiring and complimenting their looks. Since it was a hot, early afternoon we had an indoor portrait session making use of the Castillo’s light filled halls. Their ceremony was short and straight to the point: an emotional exchange of rings and vows.

Originally, Vanessa and Eric planned to take a sailboat out of Old San Juan bay for their wedding photos. There was a last minute change in plans, and we found ourselves heading to Icacos from Fajardo on a catamaran. Doing portraits on a moving boat was intense but V&E were up for it! As the sun set, they enjoyed a private cocktail with their closest loved ones in the middle of the ocean. 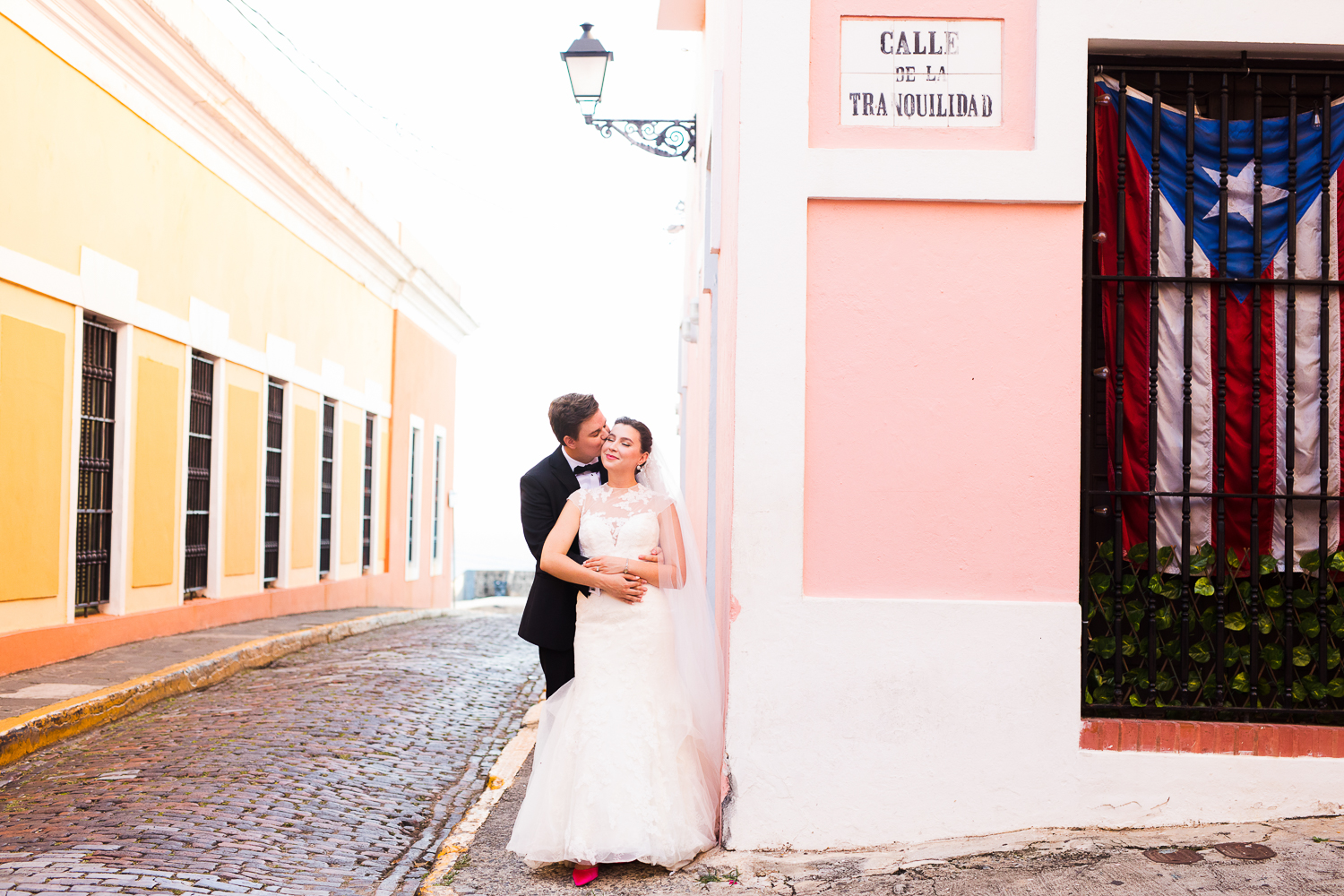 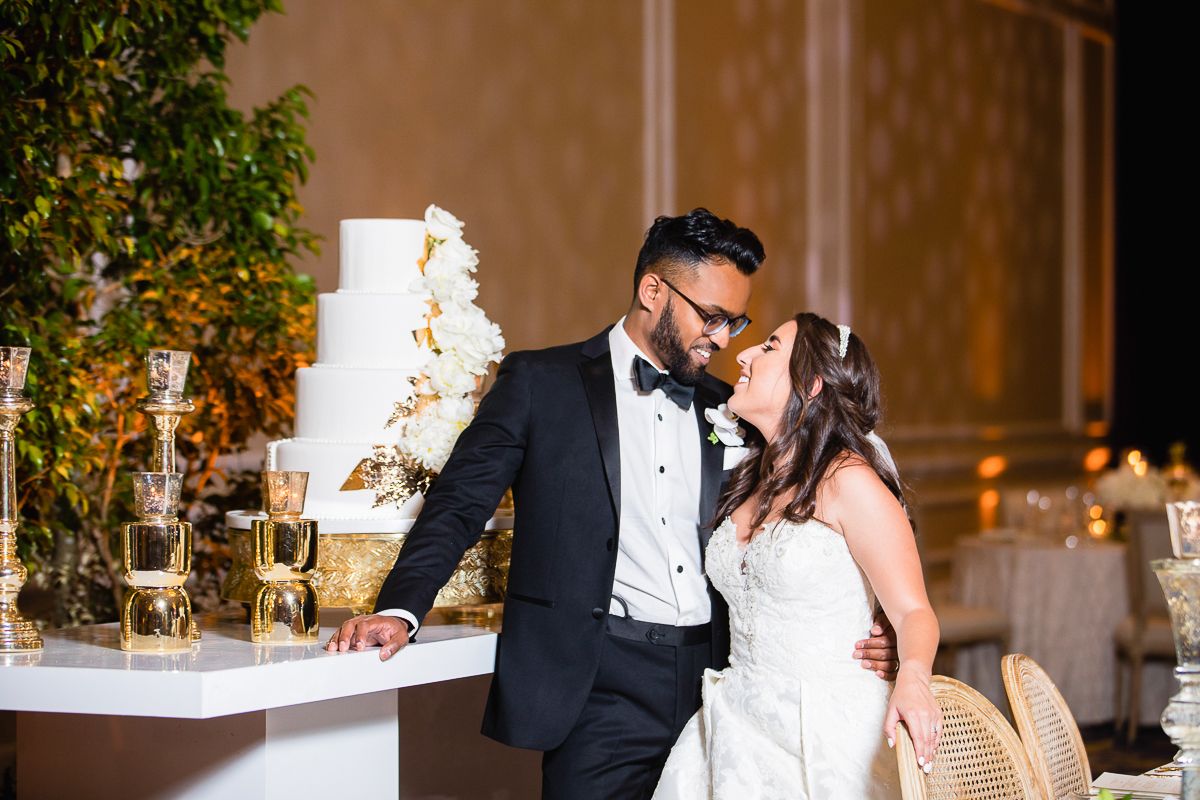 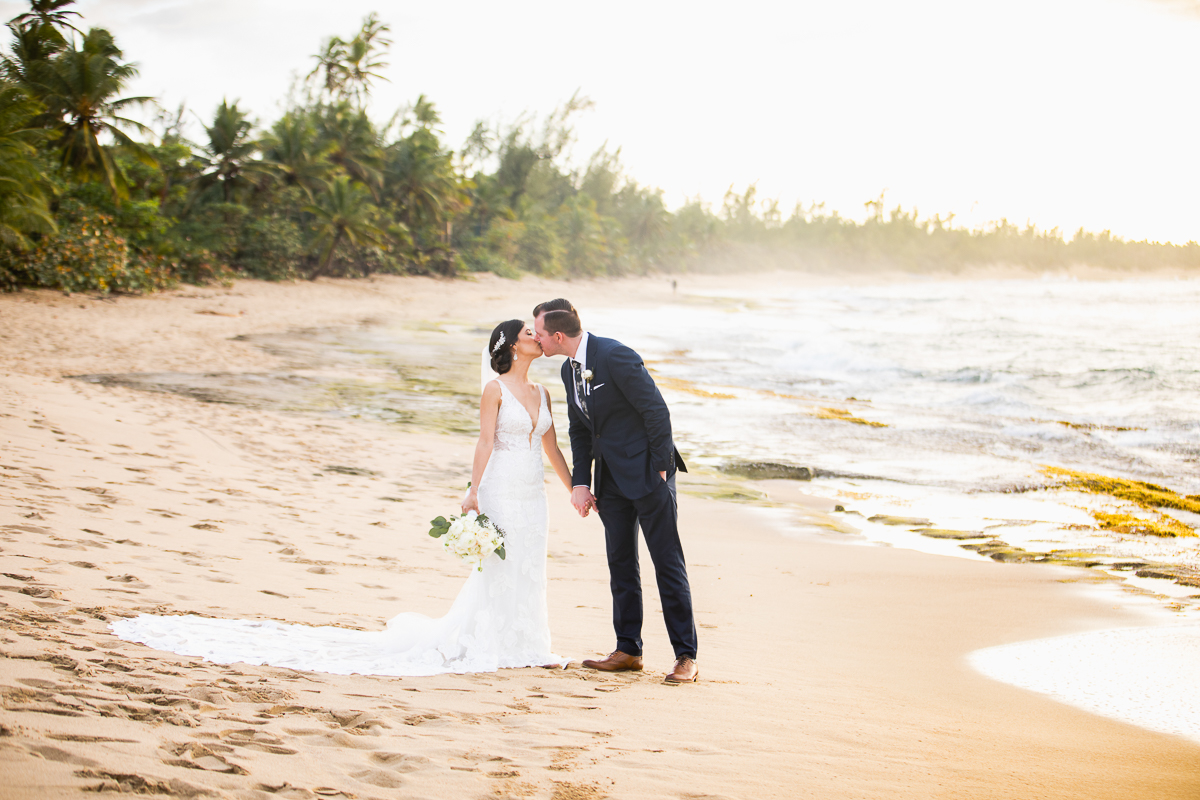